For the 2 Colors Game Jam, I made a game called SP34R of Hope, which is a top-down arcade infinite runner where the player runs into things instead of dodging them.

The game jam's themes were "Space", "You are the weapon", and "2 Colors". This provided some really excellent limitation on what I could make, and made it easier for me to decide what to do. Originally, I wasn't going to participate in the game jam because I'm juggling a lot of priorities right now at both home and at work, but once the themes were revealed, my brain started poking at various game ideas and I fell in love with the story of SP34R of Hope.

Asteroids are headed for the planet and all other defensive measures have failed to stop them. The SP34R is your experimental project meant to stop some of the asteroids so that people can be evacuated from the planet before all is lost. SP34R is made of a super hard and infinitely sharp metal allowing it to pierce through any material. You remotely operate the SP34R from the planet, buying time for others to escape... 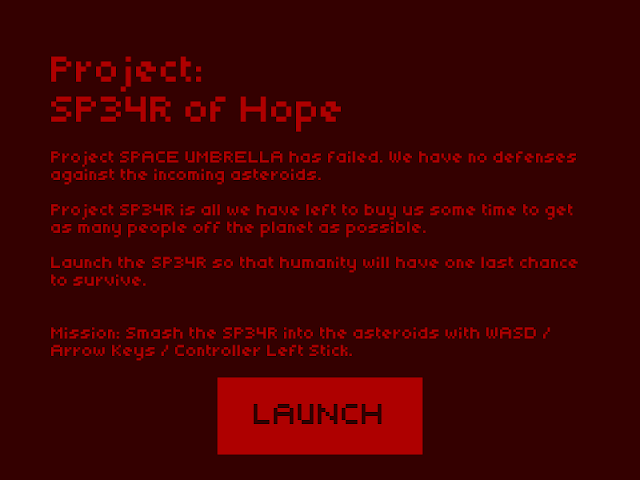 I love this tail because it feels so epic and yet also so small, about one person's chance to save as many people as possible, at the sacrifice of them self. Doing everything through a red screen glow of a computer made it feel true to being that person, and also gave me the excuse to only use two colors. It also gave it a perfect arcade-like feel. 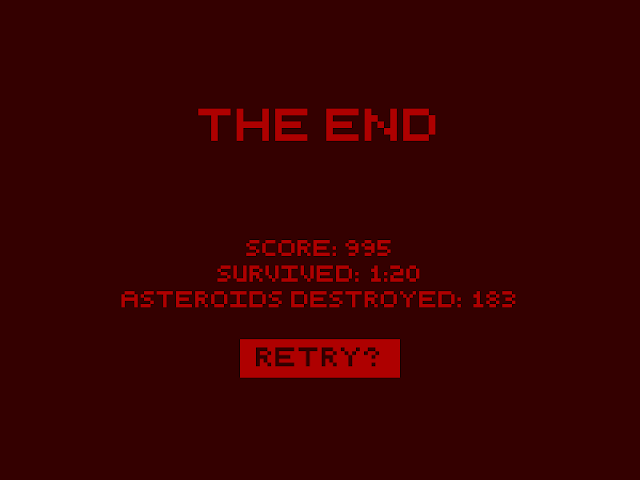 
How to accidentally place in the top 10 in a game jam:

I'm not even kidding about these points, though obviously, I don't actually recommend doing them. The severe limitations they placed on what I could make in the short time that I had, actually helped me focus on what I could make, and prevented me from over extending myself into non-core gameplay stuff. They kept me focused on one good and fun verb, and just add juice and polish to that action.

Why this actually worked for me:

TODO (Things I need to work on): 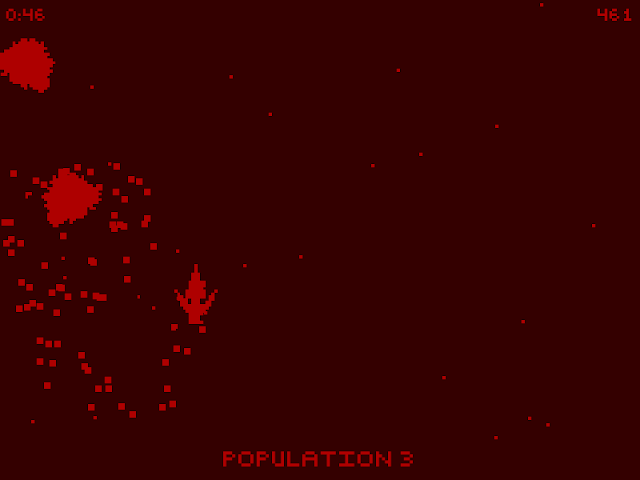 I'd like to keep working on SP34R of Hope, because I built it in a way to possibly make it playable on Android devices. However, now that I've been trying it out on my phone, there's a lot of challenges that I face to make it as fun as the web/computer version.